How to choose the right font

Typography is a wonderful brand differentiator. Nothing allows your brand to express its personality - subtly, consistently, elegantly or in cheeky outbursts - like the right font. From serif to sans serif, classic to traditional, modern to grotesque, and everything in between, your font choices say a lot about your brand to all your customers, in every marketing and communications channel, every day. It’s important to get them right to deliver a consistent brand that sends all the right brand messages, every time.

To the uninitiated, the differences between many of the thousands of typefaces and font families available to marketers these days may seem mysterious and impenetrable, like an unspoken language able to be deciphered only by designers and high-end creative agencies.

But like buying a car, once you think about what you’re trying to achieve, and understand the options and your requirements, you can narrow down the choices and make a decision with confidence that the font you select will do the job you need it to do.

The first thing to consider is the brand personality you’re trying to convey. Consult your brand style guide or your colleagues and customers, and understand how your brand needs to look and sound. The fonts you select will become part of the visual language you use to help convey that brand personality.

Then it’s important to understand the basic font categories available to you, the type of brands they are best suited for, their strengths and limitations - such as their readability in print and their legibility on screen.

After that, you can think about where your brand will appear, how many typefaces you will need, and experiment with some font families and combinations until you find a winning formula for your brand.

Before we get into the details, let’s go through some of the more commonly used terms that relate to typefaces and fonts, so we’re using the same lexicology when it comes to typography.

Below are some of the basic elements that characterise fonts and typefaces and the way they are treated and applied. There are many others - ears, spurs, swatches and so on - but the following is a good beginning.

Now you know the basic elements of a typeface, it’s vital to understand the main categories of fonts and how they are typically used. Understanding this is like knowing the difference between a shiraz and a chardonnay, and will help you narrow down your font choices so you can select a typeface that suits your brand and purpose.

Serif fonts have serifs, or decorative flourishes or tapers (commonly referred to as “tails” or “feet”) at their tips, while sans-serif fonts do not.

Serif fonts are widely used in books, newspapers and magazines, and have their roots in the evolution of printing.

Widely regarded as being more readable in printed form, they are often used for long copy. They evoke a sense of tradition and suit brands that want to be seen as trustworthy, classic, established and reliable. 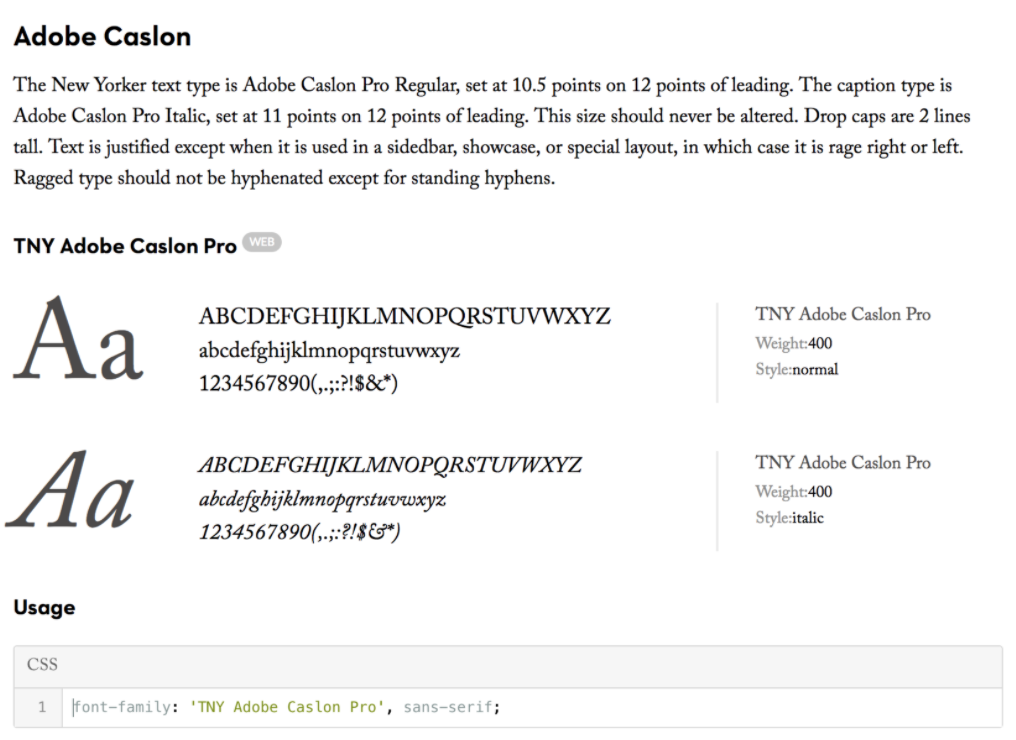 Sans serif fonts, which don’t have serifs, are typically simpler and more minimalist in design, with less variation in stroke width. They are more about modern sophistication than classic tradition, and suit youthful, accessible and approachable brands.

In recent years, the general trend has been towards sans-serif fonts and away from the more traditional serif typefaces, but your choice should depend on your brand’s unique circumstances.

To make the broader font landscape a little easier to understand, let’s go over some of the main font categories within these two classifications.

Old Style serif typefaces date back to the introduction of the printing press in the 1500s and are delineated by the relative lack of contrast between thick and thin strokes, as technology didn’t allow it.

In common use as far back as the mid-1700s, these typefaces feature more variation in stroke width than Old Style typefaces, vertical stems and, often, ball terminals.

Sometimes called Didone, these typefaces are characterised by wide variations in stroke width and thin, uniform serifs. Great for display use, they often feature on high-gloss magazine covers, such as Harper's Bazaar.

Script typefaces are designed to look like cursive writing and often feature letters that join up. They are best used as display, or headline, fonts, rather than for long blocks of text.

Handwriting typefaces are designed to look like handwriting, but not cursive writing.

Slab serif fonts, also known as ‘Egyptians’, are typefaces that feature simple strokes, like sans- serif typefaces, but have solid, rectangular ‘feet’ on the end.

An umbrella term for typefaces designed to look like those made by typewriters.

Often quite solid, bold typefaces suitable for headlines and advertisements including most of the early 19th Century to early 20th Century sans-serif fonts.

An evolution of Grotesque typefaces originating in the 1950s, with limited stroke variation and often released in large font families for flexible use.

Geometric sans-serif typefaces are typically minimalist, with uniform stroke widths, based on strict geometric shapes and forms, such as a circular capital ‘O’.

Decorative or display typefaces are intended to be used to draw attention to individual elements, such as headlines, rather than for copy of any length. They may include serif or sans-serif fonts. Use them sparingly and in combination with more neutral choices.

Brands typically require a range of fonts for use in different situations and marketing channels, such as logos, headlines, strap-lines, body copy, price tags, captions, websites, brochures, posters, social media posts, and so on.

Whichever typefaces and fonts you choose, consider what they communicate about your brand.

While you might have one particular hero font that is closely identified with your brand or logo, it’s crucial to know how to pair fonts that work well together.

Annoyingly, or wonderfully - depending on your point of view, there are no hard and fast rules, but there are some basic principles to keep in mind.

Keep it in the family

Using different variations of one typeface is a great way to inject variety without overcomplicating your brand, particularly if the typeface you choose offers a large font family with a range of styles and weights you can mix and match, including serif and sans-serif versions.

If you are going to combine different typefaces, don’t overdo it by adding too many. Use more than a couple and your marketing materials could look like a random selection of competing messaging rather than a well thought-out expression of your brand.

Look for a contrast

If you do go outside your main typeface, avoid incremental differences and opt for a font that presents a marked contrast: for example, pairing a serif font with a sans-serif font. Slight differences merely look wrong and are distracting.

Having said that, if there are some similarities between your fonts it can help to create a sense of harmony. Look at the way certain characters are formed, and choose a secondary font that has subtle echoes of your main typeface.

Use distinctive fonts sparingly: they should be applied to add a dash of personality rather than to communicate your Ts and Cs in detail.

Consider where you will use your fonts and make sure they are fit for purpose: for example, look for a legible font for online, consider whether it’s web-safe, and think about how it will scale for mobile screens. Go for readability if it will be used for the body copy of your Annual Report.

Are there special characters, alphabets or accessories your typeface must have, based on brand names, the territories (and languages) in which you operate, and so on? Check your chosen font has everything you need before you start designing with it.

There are so many good fonts out there, the possible combinations are infinite. And as mentioned, there are no firm rules for how you select and pair typefaces and fonts, only conventions. So if you’re confident you’ve found a winning combination, don’t be afraid to shake things up a little and put your best font forward.

When looking for that signature font combination that will distinguish your brand from the crowd, it’s important to maintain a connection with your brand while catering for the distinct requirements of different channels and messaging.

How to choose an accessible font

Aesthetics, brand attributes and on-device distribution are often the key considerations when designers and marketers come to select the fonts and typefaces they want to use in their marketing communications, but another important factor that shouldn’t be overlooked is accessibility: can the chosen fonts easily be read, and therefore understood, by people of all abilities?

How to choose the right font

From serif to sans serif, classic to traditional and everything in between, your font choices say a lot about your brand every day so it’s important to get them right!